Victory is a main theme of Resurrection Worship Services. Certainly Death of Lord has brought fruit of eternal life. Every Born Again and spirit-filled believer is a victorious heavenly citizen as he lives in His Victory on daily basis. Jesus attained this Victory for those who will believe on him. We believe that Jesus is our Savior and Lord.  Victory has already been declared in the Book of Revelation. I sometime call Bible as Book of Victories. At this moment I want to thank our great teacher and helper. He is always with us to teach us about His Word.

Ask Lord Holy Spirit to use you in a mighty way. Holy Spirit teaches about the mysteries of Christ’s Sufferings and Glory. According to The Bible they were; “Trying to find out the time and circumstances to which the Spirit of Christ in them was pointing when he predicted the sufferings of Christ and the glories that would follow.” (1-Peter 1:11).

Peggy Park states in her Book “Power of The Lamb’s Blood that: “The Blood of Jesus Christ is the Foundation for The believer’s salvation. Jesus blood conquered Satan and provided the means for the believer to live with God forever in eternity”. This book provides detailed teachings on Blood of Jesus Christ, Spiritual Victory over Sin and our spiritual enemies. The Bible says;“Here is the Lamb of God who takes away the sin of the world! “ (John 1:29). St.Peter said: “He himself bore our sins in his body on the cross,[a] so that, free from sins, we might live for righteousness; by his wounds[b]you have been healed.” ( 1-Peter 2:24). When a person intends to live by the divine will of Holy Spirit then He uses that person to experience His Power and life. Holy Spirit reveals Jesus life through every Spirit-filled believer. “But if we walk in the light, as he is in the light, we have fellowship one with another, and the blood of Jesus Christ his Son cleanseth us from all sin.” (1-John 1:7).Jesus shed His Precious Blood on the cross. Price has already been paid by shedding his blood.

During his earthly ministry Jesus revealed his authority over death and grave. He raised many people from Death. He raised daughter of a ruler (Matthew 9:18, 19, 23-25) . Jesus said unto her, I am the resurrection, and the life: he that believeth in me, though he were dead, yet shall he live: “(John 11:25). 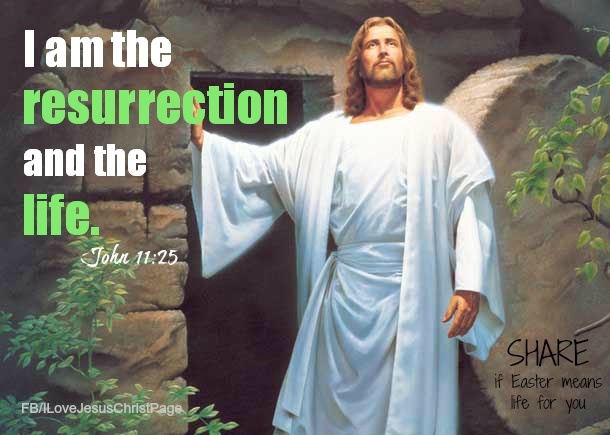 Evangelist Richard Madison shares many testimonies of healings in his book “RAISED FROM THE DEAD”. He tells us that Lord healed many people whose brains were dead.  His book builds each person in his Christian Faith.

When Jesus died, His spirit descended into the region of Paradise, which included Hades or the abyss, on the other side of a great chasm. That is where the souls of the lost reside even today. Jesus took all in the saved side of this area into Heaven before His Resurrection 3 days later. While in that region --apparently in the center of the earth somewhere-- Jesus preached to the lost souls in the Hades side of that region. We aren't sure of what he preached, exactly. It involved the whole redemptive plan of God, no doubt, in some way. Charles Spurgeon said in his sermon: “Jesus had opened thus, the grave by going into it; Hell by passing by it; Heaven by passing into it; Heaven again, by passing out of it; Death again, by rising from it into this world and Heaven by His Ascension. Thus passing and repassing, He has proved that the keys are at His belt”.

Remember Early Church preaching about his sufferings and resurrection. (Acts 2:24-28).

Greek term widely used to denote the deity of the underworld and the abode of the dead. The New Testament use of Hades (hades [a&/dh"]) builds on its Hebrew parallel, Sheol (se'ol), which was the preferred translation in the Septuagint.

Again thanks for your love, care and support for our Family and Ministry in trying circumstances.

He is alive forever. We are ministering among souls with this encouraging message.

Yesterday, I and Jamila and little Noah left home to preach His Word. So we are putting our whole trust on His unforgettable love.

Sometime, negative thoughts come into our mind that we are useless and what we have done will not work. But one lady shared her encouraging words with us “Blessings comes from God and we will be blessed by God”.

“And when I saw him, I fell at his feet as dead. And he laid his right hand upon me, saying unto me, Fear not; I am the first and the last (Revelation 1:17).

Lord Jesus in the midst of all sufferings, opposition, loneliness, poverty and rejection we put our whole trust upon your comforting Words “FEAR NOT”.

I can do all things through Christ which strengtheneth me. (Philippians 4:13).

In His strength we can face every challenge, bear everything and still show patience.

"And Jesus said unto them, I am the bread of life: he that cometh to Me shall never hunger; and he that believeth on Me shall never thirst." (John 6:35) This website was created for free with Own-Free-Website.com. Would you also like to have your own website?
Sign up for free